I'm trying to get some free software on my Mac OS X 10.4 (Tiger) to auto-stitch panoramic photos. I'm finally playing around with Ryan Brenizer's shooting method. Of course, free is not exactly easy.

I found this thing called Hugin - an open source application which seemed to fit the bill. Unfortunately, it could not autostitch because it could not find something called autopano. Google helped me figure out what it is, but apparently my Mac isn't setup for these types of installations. I figured out how to install subversion from this site about autopano. But even after getting that, it would appear that I don't have C compiler. I guess I need XCode. Of course, OS X Leopard is the latest and greatest... and I have OS X Tiger. The Apple developer site did not make it apparent which version I should download, so I stupidly wasted 15 minutes downloading the Leopard version. Another Google search yields the suggestion to download either 2.5 or 2.4.1. Oh, and somewhere along the line I installed MacPorts.

Yeah. So, lots of "sudo" commands and stuff to get it all working, but I think I'm done!

Here's a stitch with only 9 photos; I semi-manually specified the control points before going down the rabbit hole of installing autopano. 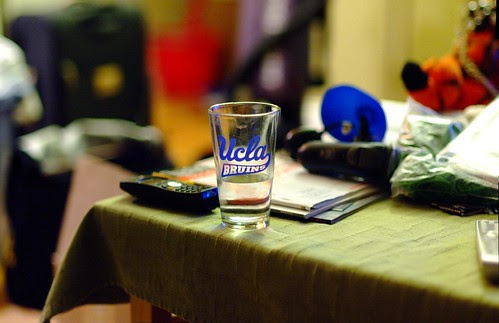